Making the Move to Microservices

The ability to cast aside the old, monolithic way of development in favor of bite-sized workloads that can be worked on independently regardless of platform or favored tools, comes with a number of benefits for enterprises. These include:

Read Now: The Complete Guide to Microservices Architecture for Enterprises

Due to these and other benefits, it’s no wonder more and more enterprises are making the shift to microservices and modern development practices. One question these enterprises often face, though, is how to successfully make that shift.

In many industries, typical software release cycles are still averaging between nine and 18 months. This in incredibly slow compared to that of disruptive companies that release code several times a day.

With microservices, you’re able to break that single, large block of an application your development teams work on into smaller bricks that can be worked on independently. This creates a number of benefits—and opportunities for a competitive advantage— for your own business.

With microservices, members of a development team are able to focus on smaller building blocks within the overall application.

This means developers rarely need to wait on their other team members before finishing and deploying their own specific feature.

In fact, the process of writing, testing, and deploying code to your end users can be transformed from a rare event to one that happens several times a day.

In a monolithic development environment, if one part of the software failed then the entire application would usually go down with it.

Microservices takes away that problem since your developers are working on independent segments of the application. If one of those segments fails, the rest of the application is unaffected. It's also easier than ever to roll back code changes causing the failure and to fully recover.

Microservices allow developers to test specific bricks of code to limit potential bugs and security flaws in all the lines of code that make your app.

Any major overhaul in development practices is going to bring a wide range of complexity—especially at the beginning.

One element of this complexity is a steep learning curve. Your developers and IT professionals likely prefer to work with the tools and processes they’re most comfortable with.

This means that when it comes to microservices, trying to do too much too soon will create a lot of speed bumps along the way.

Because of this reality, the first step you need to take when adopting microservices is to take an assessment of your overall technical maturity.

Unless you have answers to these and other questions, you’re setting yourself up to fail before you’ve even really started. So make sure to assess your technical maturity. To help you get started, you can check out an entire eBook we’ve written on the subject.

Part of what makes microservices and modern development practices so powerful is the speed in which new products can be worked on and brought to market.

Rather than waiting to launch new features—or fix critical errors—until all work on a monolithic application is completed, with microservices, incremental improvements can be completed and deployed on their own.

Getting to the point where microservices are feasible, however, generally requires having five elements in place:

As mentioned above, you need to have the skills in-house or, lacking that, work with the right partner in order to successfully get them up and running.

They need a way to find each other and communicate. Tools such as Service Meshand Kubernetes (on-premises and the cloud) make that coordination possible between microservices and the containers that house them.

Fully leveraging the benefits of microservices means having automation to handle scaling of resources and volume as needed.

The more pieces of an application, the easier it can be to let security measures such as who has access to what parts lax. Therefore, having strong security protocols in place before making the move is critical.

When all your microservices are running at once, you need a way to keep an eye on usage, resources, and potential failures.

Start small, build out from there

All these steps and necessary elements aside, the key to successful microservices is to start small, then build out from there.

Take a look at the applications you already have and choose one that would benefit the most. Then, start with a small part of that application to test the waters.

Like any major shift in development processes, the general rule is to crawl, then walk, then run.

To learn more about leveraging microservices for your business, check out our free guide, The Complete Guide to Microservices Architecture for Enterprises. 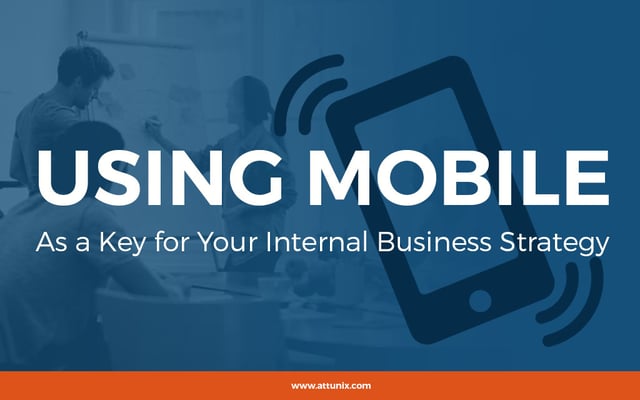 Using Mobile as a Key for Your Internal Business Strategy

The stigma of being on your cellphone is quickly on its way out with the modern office. In fact, it can be a huge asset in your business strategy when it's incorporated with the Internet of Things.

What to Look For in a Managed Services Provider

This post was originally published on November 14, 2018 and has since been updated on June 18, 2020 for relevance.

Many organizations are struggling with the management of their IT during this new...

Why a Data Strategy is the Glue for Application Modernization

There are a number of reasons why organizations refuse to move on from legacy applications.

Comfort, longstanding reliance, fear of disruption—these are just some of the many reasons that can lead...