Where Will Artificial Intelligence Take Enterprises in 5 Years?

Late last year, an article in Forbes highlighted some predictions from IDC and Forrester on artificial intelligence (AI) usage in 2020 and beyond.

Included among those predictions was the idea that, by the year 2024, AI “will be integral to every part” of the companies on the Fortune 500, and that AI solutions will account for 25% of the companies’ overall spend.

As forecasts go, this isn’t very surprising since AI employment is happening across industries. In finance, for example, AI is increasingly powering fraud detection. And in online retail, chatbots and algorithms are being used more and more to enhance customer service.

Another of the predictions in the Forbes article was more daring, however:

Download Now: The Enterprise Guide to Kicking Off the AI Adoption Process

In a way, this forecast for a new UI is also not too surprising. We’re already seeing how AI is changing the way we interact with devices via platforms like Siri and Alexa, and the natural progression to things like computer vision and AR/VR certainly seems likely.

One thing to keep in mind, though, is that while entirely new user experiences defined by AI may be right around the corner, for many enterprises the time frame will likely be much longer.

Why? Because most enterprises—especially legacy ones—are not equipped to make quick turns when it comes to technology. In fact, a lot of companies are still relying on tech from the ’90s in their day-to-day operations.

So, while enterprise AI adoption will certainly increase greatly within the next four years, we expect much of it to be in areas like automation and optimization—smaller projects that return verifiable results without creating a massive disruption.

That’s not to say the UI prediction in Forbes is misguided, but rather, a little too optimistic. The technology will certainly be there, but for many enterprises the need for it won’t yet be there.

Still, there’s no denying AI is going to become further entrenched in the way business is conducted—including UI progressions like gesture-controlled machines.

Get in now to stay competitive

Regardless of how enterprise AI looks in four years, it’s important for companies to start the adoption process sooner rather than later.

Even little steps like chatbots and automation can go a long way toward improving your business while readying your enterprise for new innovations and opportunities coming down the pipe.

If you’re looking for some help kickstarting your AI adoption, download our free eBook The Enterprise Guide to Kicking Off the AI Adoption Process.

The Enterprise Guide to Kicking Off the AI Adoption Process 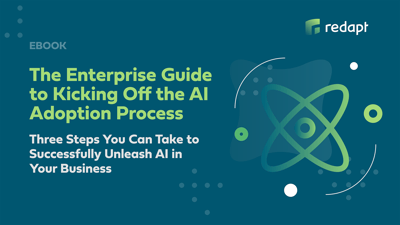 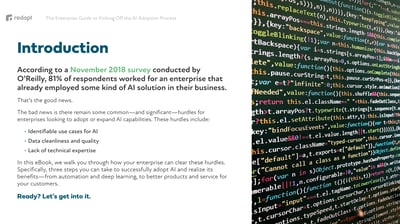 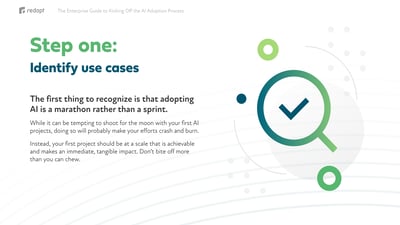 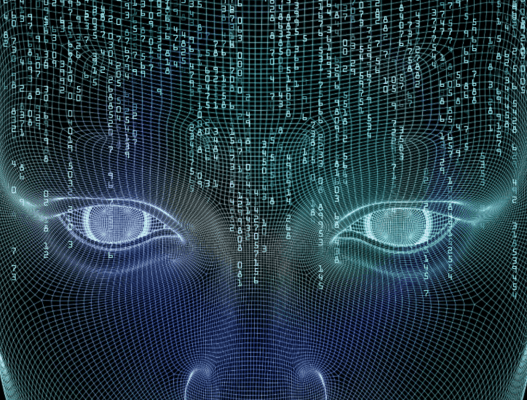 How Artificial Intelligence is Evolving The Finance Industry

We interact with Artificial Intelligence every day. And we make it smarter.

As consumers, AI enhances our experiences with companies. While still in its infancy, AI is rapidly changing the way we... 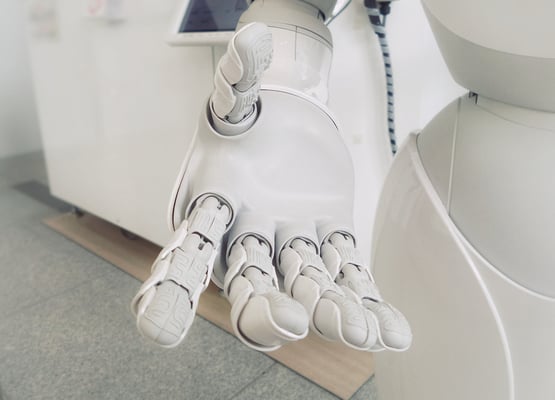 The Future of Artificial Intelligence

Robots are coming for your money.

Not to take it, but to manage it. Artificial intelligence excites some and frightens others. Either way, it will only improve and dramatically shape the workplace... 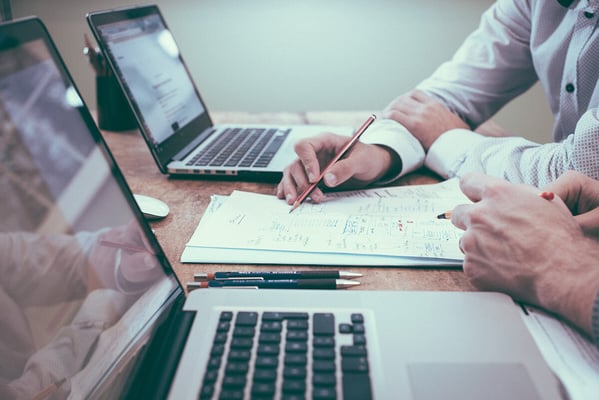 As becoming technologically adept becomes a key strategy for corporate competitiveness, finding the right talent to deploy, maintain and improve these technologies is paramount. 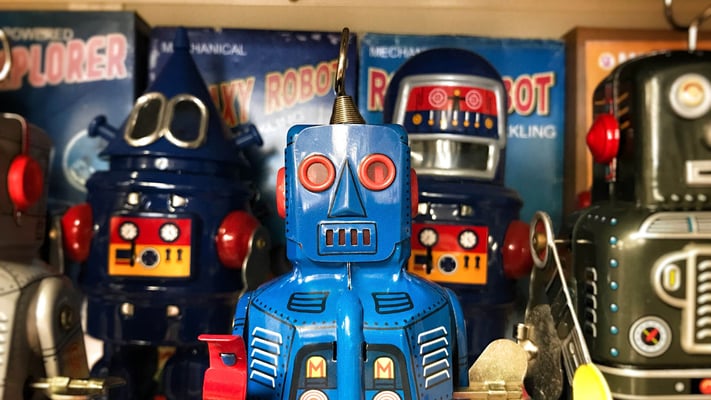 From chatbots to fraud detection to remote resource monitoring, enterprises are increasingly adopting Artificial Intelligence (AI). But while it can be tempting to jump right into the game, ...