In short order, Kubernetes has become the predominant development platform.

For enterprises in the cloud especially, the integration of Kubernetes with cloud services greatly accelerated application development cycles.

Not every enterprise is ready to go all-in on the cloud, though, which can greatly slow the adoption of Kubernetes.

For those companies that still rely on an on-premises infrastructure, or a hybrid approach, Red Hat’s OpenShift is a perfect tool for making the shift to DevOps, containers, and modern application development.

The Benefits of OpenShift

In short, OpenShift is a complete, enterprise-ready platform for developing with Kubernetes right out of the box. It's a distribution of Kubernetes that allows developers to have everything they need to create next-generation applications.

Included and fully integrated within the package are a number of open-source tools developed by Red Hat, along with:

Beyond what’s included with OpenShift, a major benefit of the package is flexibility for enterprises. OpenShift is compatible everywhere you run infrastructure—the public cloud, virtualized environments, bare metal in your own data center, etc.

In addition, this compatibility means you can use the same software stacks and automation tools you’re already familiar with, helping to reduce the learning curve while adopting and using Kubernetes.

You can read more about OpenShift and Kubernetes on their blog, here.

While the underlying scheduler and run times are basically the same between open-source Kubernetes and OpenShift, the out-of-the-box nature of Red Hat’s product provides an ease of use—and fewer engineers—to put it to work.

With OpenShift, your developers can have entire build systems in your cluster that are powered by Jenkins. So if you are developing a microservices code, for example, you can check in your code and run the build process, then seamlessly take the output container and place it in a registry already built into OpenShift for deployment.

This entire process can be handled end-to-end via OpenShift, regardless of whether you’re working on-premises or in the cloud—and you have access to Red Hat’s support whenever you need it.

Open-source Kubernetes, in comparison, can require teams of engineers in order to achieve each of the above steps. Then those engineers need to tie each of the steps together. All of this is to say that while OpenShift is not right for every enterprise—large tech companies in particular tend to have the army of engineers on hand to employ Kubernetes—for small businesses or those looking to adopt containers, Red Hat’s tool can be a game-changer.

For more information on how OpenShift can accelerate the way your enterprise develops and deploys products, download our free eBook, Build More Applications, Faster. 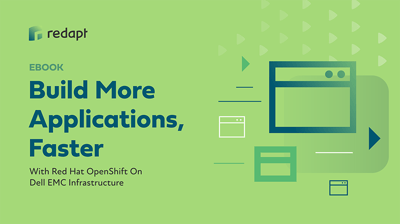 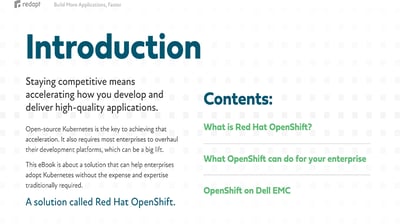 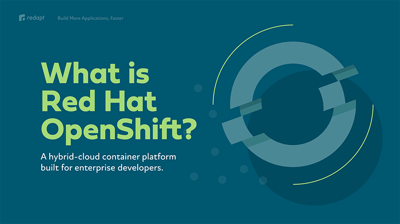 A Closer Look at the OpenShift Platform Architecture

Red Hat’s enterprise-ready Kubernetes platform, OpenShift, has been designed to provide companies with the speed and power of cloud-based development on premises and in the cloud.