Why IoT Devices Are Becoming A Trend

We are not quite there yet, but Statista.com counts 23.14 billion devices connected this year and expects that number to jump to a more modest 31 billion by 2020, but then jump again to 75 billion by 2025. The growth is here, and you are either going to be in or out in just a few years.

Why is this number lower than the predicted growth? The relatively new status of the Internet of Things and the cost of data-streaming sensors.

Do you remember the days of the dial-up internet? Your modem would dial and then make an awful squeaking/squawking noise, and after a two-minute wait, you would have an America Online search engine for you to peruse blogs at your heart's desire - so long as there were not too many pictures. Loading times were frustrating, and it was an internet world where something like YouTube could not yet exist. That was only 20 years ago.

Five years later, the Internet of Things was already active. However, the data streaming depends upon robust and secure internet connections, and today there are still people who live in pockets that can only get dial-up internet service - if they can even get that.

You may also be using the Internet of Things and not know it. Many HVAC units today come with WiFi capability and smartphone apps that allow you to control your temperature settings and schedules from anywhere in the world. There are likely some people who have that capability, and either are unaware of it or choose not to use it.

As with many things in life, the novelty of the Internet of Things comes to us when we have a problem that it can solve for us, not just because we heard about it on the news or social media.

The second thing holding back the tsunami of IoT devices is the cost of data-streaming sensors. The good news is: the price is dropping.

In 2004, the average cost of sensors was $1.30. By 2020 the cost is expected to be $0.38. That alone will flood the market with IoT devices because companies know they can tack on a forty cent device and charge us an extra five to ten dollars for the novelty of it.

We will buy at least one, just to see how it works. There will be apps attached with cooking wares that will track your GPS and tell you how many minutes it will take to boil a pot of water in your particular location based on data gathered from all other users of that model.

Well, that may be a slight exaggeration, but not by much. The technology is already here. Companies are just waiting for someone to ask for it.

Today, the question is not why we have not reached predicted growth yet. The better question is: why is the Internet of Things taking an exponential growth turn today and making a considerable growth spike in the next few years?

The first factor in that growth is cloud adoption.

Data storage decreased in physical size while multiplying in data storage throughout the end of the twentieth century. In the twenty-first century, data storage went online as cloud servers and storage services.

Today, those servers not only store data, but they also process it as well and send you back results. With services like Google Drive, we can edit the same document simultaneously with one another from across the globe.

Cloud technology has made it possible to connect everyday items to the internet through WiFi and send it to servers to collect and analyze the data they receive. The challenge of server availability and cost vs. benefits of services has been met.

More and more people and a growing number of businesses are connecting their work to the cloud. Whether it is data storage, media creation, we now have digital libraries online of all things that exist in the real world, and a lot of things that do not.

Businesses have truly led the way in the Internet of Things.

Most household examples are still more accessories rather than necessities. However, many companies have discovered that IoT sensors can help them gather vast amounts of data, which can then be analyzed in servers, to help the business owners and managers identify weaknesses in their business practices, as well as opportunities they may be missing.

From the standpoint of a Point of Sale machine alone, the IoT can help determine: when peak sale times are (both dates and times), which employees make more sales during those hours, and what are the most common items or services ordered during those times.

From there, the Internet of Things can offer suggestions as to which employees should work during peak hours and how many items to have on hand for sale. That is your inventory and work scheduling all done by the data gathered from your cash register!

As businesses have started using the Internet of Things in their manufacturing processes, their marketing campaigns, and every other aspect of their work, many have cut down on inefficiency and waste by up to 95%.

It is not that the data was not there before; the information was just more challenging to collect, and you needed trained professionals to interpret that data in a meaningful way.

Today, the Internet of Things passively collects that data for you and there are online services available to you that will do the data analysis and send you the results and recommendations. Businesses are getting more and more intelligent every day and Internet of Things, connected to those business devices, is leading the way.

One of the primary concerns with the Internet of Things is security. Yet it seems that security may be the most significant place of growth for IoT today.

Why? Because attacks can happen both to and from smart devices now. No longer do you need a computer to hack into connected devices. You can do much of it from a smartphone or tablet.

Your computers are no longer the only things at risk, either. Do you remember those great new safety features in your car that automatically call for help if you are in an accident or that allow you to have running GPS as you drive? Now your car is vulnerable to cyber attacks as well.

Do you wear an iWatch or Fitbit type of bracelet to count your steps and reduce your health insurance rates? It may be vulnerable to hacking as well, and your personal information could be taken from it.

There are too many benefits for most people to stay off the Internet of Things grid. Therefore, cybersecurity has been one of the fastest growing sectors for the IoT. It will probably continue to be well into the next decade.

As the innovations of new ways to connect devices to the Internet of Things grows, so will the security needs for those devices.

Artificial Intelligence still sounds like Science Fiction to many, but the truth is, it is here already. Two things previously held it back: Natural Language processing and enough data input sources.

IBM’s Watson has overcome the first hurdle. Machines are made to think in logical equations where everything is either true or false (ones and zeros). Watson has learned to communicate in human language so that it not only can assess whether data is true or false, it can ask questions about the data and even predict what future data will be. Machine language has grown up and is helping us think better, do better, and be better.

The Internet of Things has handled the second hurdle.

Through the innovation and adoption of cloud servers, Watson (and other AIs like it) now has access to the entire world through IoT devices. It not only can read the entire internet, but it can also see with your camera, hear with your phone, feel with your smart home thermostat, detect robberies, disturbances, and so much more.

It can follow transactions through Point of Sale machines and watch trends in inventory via shipping notices. With every device connected to the Internet of Things, those AI’s learn more about our world, and they have suggestions to make it better.


Why is the Internet of Things becoming a trend? Because we have reached the tipping point of what we can do on our own, and the internet is bringing the world together more and more each day.

Years from now, cyber-historians will look back on this day and not talk about the geniuses that invented this incredible technology. They will say that the world was brought to a place that this new form of connection had to happen, no matter who got credit for inventing it first.

If we want to move on technologically, and perhaps to a degree even sociologically, we have to recognize that the world is a lot smaller than it used to be, but it has much more potential as well. 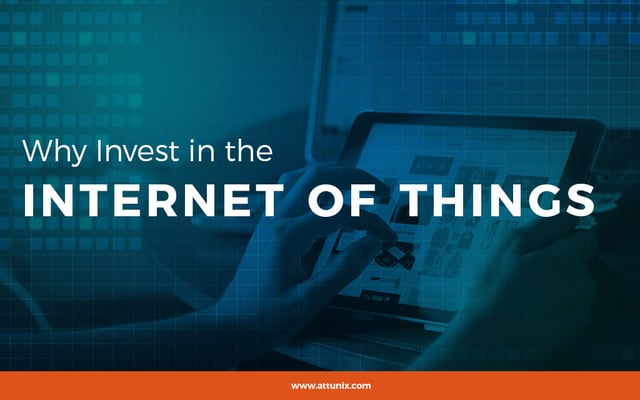 The internet of things (or, IoT) commands a lot of hype. Simply put, physical devices that connect to the internet fall under the IoT domain. IoT devices range from smartphones to health monitors to... 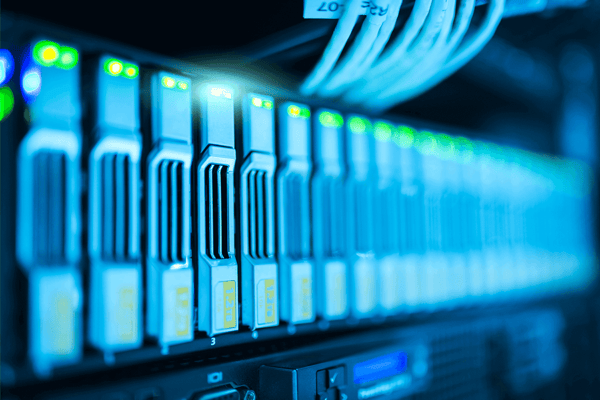 The Biggest Trends in Cloud Technology We’re Seeing for 2020

As part of our commitment to providing technical clarity for our clients, we monitor and research trends in cloud technology to identify the ones you should care about moving forward. 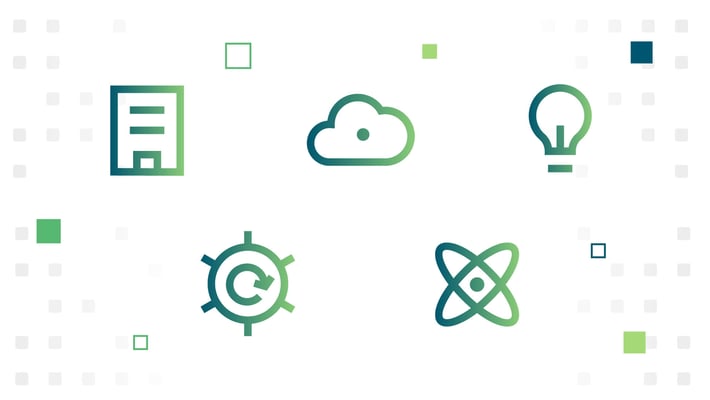 Enterprise Technology Trends for 2021 and Beyond

Now that 2020 is in the rearview mirror, we’re looking forward to things gradually returning to the new normal.

Before we focus on the coming months, however, we’d be remiss if we didn’t pause to... 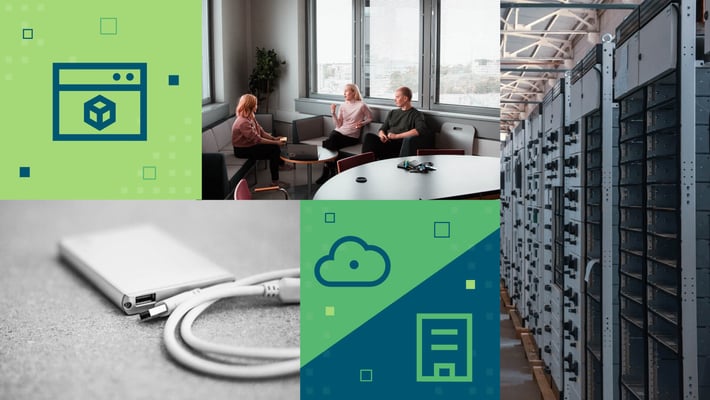 While 2020 didn’t bring major changes in on-premises data storage, many of the same challenges remain for enterprises. These challenges include: